These Paleo and vegan Chocolate Orange Chaga Brownies harness all of the magical powers of the medicinal Chaga mushroom without skimping on taste. 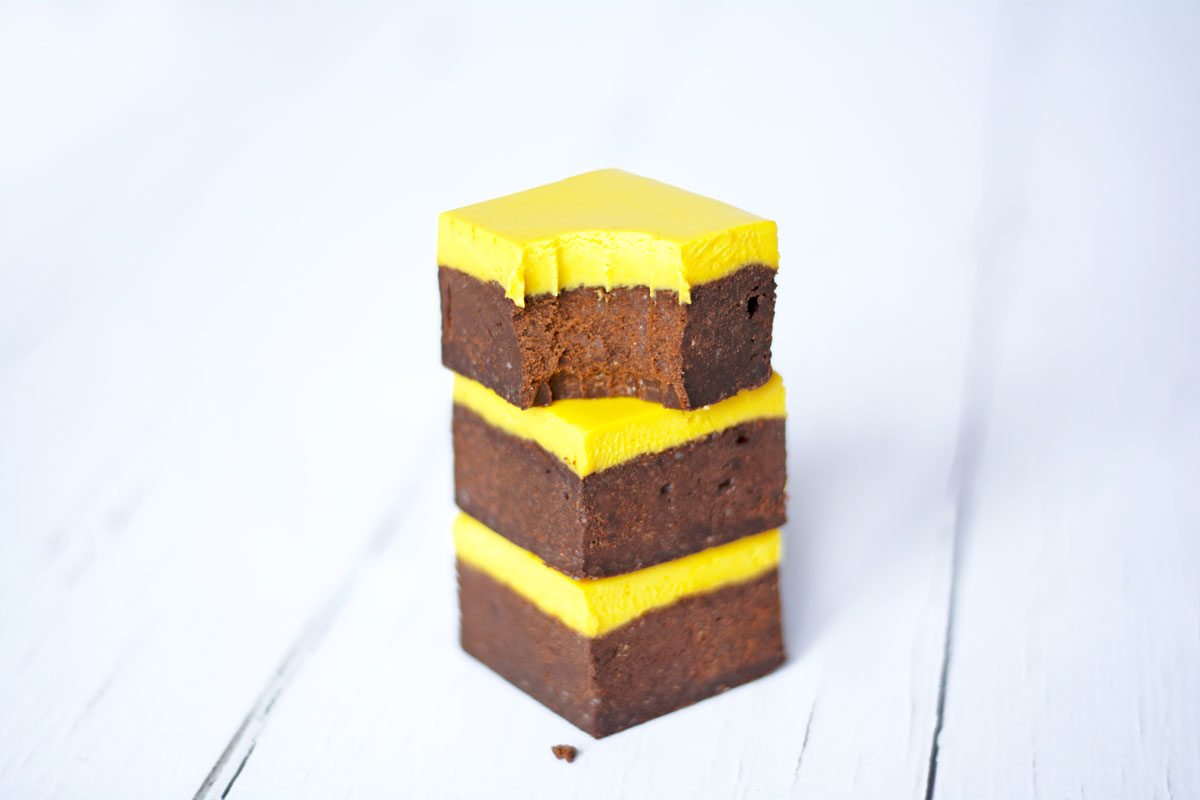 1. Start by melting together your chocolate, coconut oil, nut milk, and orange extract over a bain-marie on low heat. Stir frequently until fully melted and then set aside to cool for 5 minutes.

3. Place the milled chia seed and cold water into a small cup and stir together until incorporated to create a 'chia egg'. Set to one side when needed.

4. In the bowl of a stand mixer add the aquafaba and cream of tartar and whisk on high until frother. Add the coconut sugar and whisk together on medium for 10 minutes until creamy.

5. Carefully pour in the melted chocolate mixture, and chia egg, then whisk on the lowest speed until mixed evenly. Alternatively, fold the ingredients using a wooden spoon.

6. Using a sieve sift in your almond flour, tapioca flour, cacao powder, and Chaga mushroom extract into the bowl and add the sea salt. Fold in using a wooden spoon until evenly distributed then pour the batter into your lined brownie tin and spread out evenly using a spatula.

7. Place the tin into the lowest shelf of the oven and cook for 20-25 minutes before checking to see how cooked they are. Use a toothpick or knife to test the outer 2″ of the batter, if the toothpick comes out with a few crumbs remaining, the sides of the brownie have come away from the tin then they are done. Another way of checking is to see if the brownies jiggle when you’ve given them shake, if they do then they probably need a few more minutes to cook. They should look set with a nice crust on top but be gooey on the inside. Remove from the oven and leave to cool completely in the tin.

8. Once the brownies are cool combine the icing ingredients into a bullet-style blender and blend until smooth. Pour on top of the brownies then freeze for 15 minutes or until firm/set.

9. Remove from the tin and carefully cut into 16 squares using a hot damp knife, wiping between cuts with a clean damp cloth.

If you like a more cake-like brownie then leave them in until a toothpick comes out with a few crumbs when tested in the centre of the brownie.

Store brownies in an airtight container in the fridge for up to 1 week and in the freezer for up to 3 months. To serve just leave out at room temperature for 10-15 minutes to acclimatise.

No stand mixer? Don't worry some good old fashioned elbow grease can go a long way. Use a medium-sized mixing bowl and a whisk or wooden spoon. Alternatively, a hand mixer will work just as well.