What Is Cordyceps Mushroom 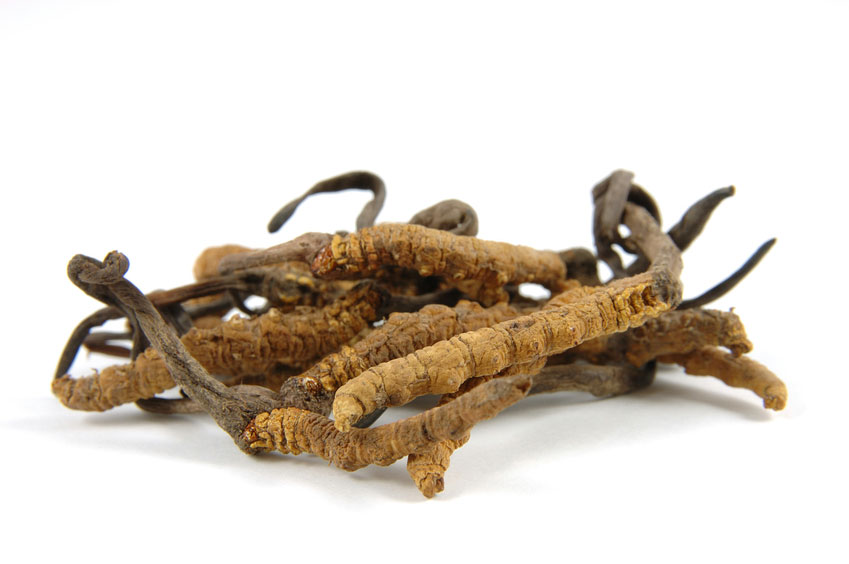 Cordyceps, also known as the caterpillar fungus, is a powerful medicinal mushroom which grows wild in mountainous regions in China and Tibet. Healers and herbalists have harnessed the power of this adaptogenic fungi for thousands of years. In Traditional Chinese Medicine, cordyceps is used to treat 21 ailments including respiratory issues, sexual dysfunctions, immune disorders and liver damage.

Used by Olympic athletes and spiritual seekers alike, cordyceps truly is a special medicinal mushroom that will make an excellent addition to any diet.

The Legend Of Cordyceps Mushroom

Folklore has it that Tibetan herders noticed their yaks had increased strength and stamina after they grazed on wild cordyceps. The herders started to ingest these mushrooms too, and found that they naturally boosted their energy levels and helped to reduce respiratory illnesses.

Cordyceps was considered to be rare treasure throughout parts of China, and the Chinese Royal Family even ordered that it was exclusively reserved for their use. Nowadays, cordyceps is widely available around the world because scientists have discovered how to cultivate it in laboratory conditions.

One of the most famous benefits of cordyceps is its ability to enhance athletic performance. This small but mighty medicinal mushroom hit the headlines during the 1993 Beijing Athletic Games. Three world records were smashed by the Chinese track and field team under the guidance of Mr. Ma Jun Ren.

The results were so unbelievable that the athletes were ordered to take additional drugs tests, however, the results found no traces of illegal substances. Mr. Ma Jun Ren revealed that their enhanced performance was partly due to a cordyceps mushroom complex blend that they took daily.

In 2010, a study published in the American Journal of Alternative Medicine found that healthy adults displayed enhanced athletic performance capabilities after taking cordyceps. In 2007, a study by the Hong Kong University of Science revealed that adenosine in cordyceps naturally enhanced the body’s ability to produce ATP. ATP has been proven to extend the length of time that athletes can comfortably exercise for.

How To Use Cordyceps Mushroom

Cordyceps needs to be properly prepared in order to transform it into a fine powder that can be easily digested by the body. When choosing a powder, take into consideration the source, preparation methods and potency of the product. If you’re vegan, you will want to choose cordyceps that has been ethically cultivated.

For a morning pick-me-up, dissolve one teaspoon of cordyceps into warm water to create a warming tonic tea which will give you a gentle caffeine-like energy boost without the jitters. You can also use in pre or post-workout smoothies and shakes, or in treats such as energy bars, brownies and protein balls.

We offer a pure, vegan-friendly cordyceps powder that is finely-milled and ready to use. Unlike many other powders, we transform 10 pounds of cordyceps into a super strong extract powder that is ten times more potent that the raw mushroom.