What is Chaga Mushroom?

Chaga is a unique fungus which grows wild on birch trees throughout North America, Eastern Europe and Asia. It is believed to be one of the most powerful healing fungi found on earth, and is often heralded as the ‘diamond of the forest’. Chaga mushrooms grow in unison with the birch tree, and they absorb some of the tree’s nutrients which are then supplied to those who consume it. We concentrate ten pounds of chaga mushrooms into one pound of fine extract powder, for a highly absorbable product that’s ready to be used.

What Are The Health Benefits Of Chaga Mushrooms?

Chaga has been used as an ancient folk remedy in Eastern Europe for thousands of years to treat a variety of illnesses, and is traditionally consumed as a tea to promote health and well-being. It was made famous in Alexander Solzhenitsyn's novel "The Cancer Ward", where he claimed Chaga had potential as a cancer treatment. Chaga mushrooms are believed to be one of the richest sources of antioxidants found in nature, and the ORAC scale reveals that they contain even higher antioxidant levels than blueberries. Antioxidants are believed to protect the body from free radical damage. Chaga mushrooms are also rich in polysaccharides, enzymes, melanin, trace minerals and vitamins B and D.

Like all medicinal mushrooms, chaga mushrooms are commonly consumed to help strengthen the immune system by bringing it into a state of balance. In Traditional Chinese Medicine, chaga mushrooms are often recommended to people suffering with inflammatory disease, yeast and fungal infections and fatigue.

How Do I Use Chaga Mushroom Powder?

Our chaga is prepared into a fine powder which is ready to be added to your favourite teas,  juices and smoothies. You can blend half to one teaspoon of the powder into warm water, and add some almond or coconut milk and a pinch of cinnamon for a delicious creamy tea with an earthy taste. Chaga can also be added to sauces, soups, salad dressings and sprinkled over dishes.

Directions: Take 1/2 -1 teaspoon alone, or mixed with your favourite smoothie or beverage of choice.

Servings Per Pack: Around 56 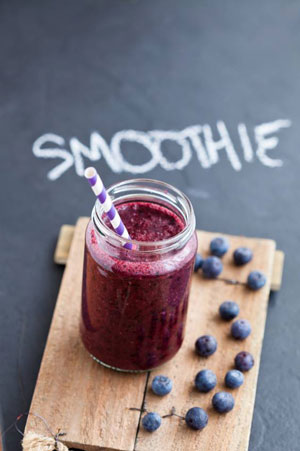 "I've been using Hybrid Herbs Chaga Tea for about 2 months now in my every day super tonic drink, and i've never felt so vibrant and energetic as this before.

I feel that the clock is going backwards for me. Not only do I feel and look younger, but mentally time does not bother me anymore as spiritually I feel the present is the only thing that matters now.

I have noticed so many other benefits such as my period has completely reset and normalised to 28/29 days and mood and pains have almost disappeared. My hair is at the healthiest now, and some gray ones I noticed some months ago seem to be reverting back to their original pigmentation colour.

Thank you very much for making these amazing herbs available"